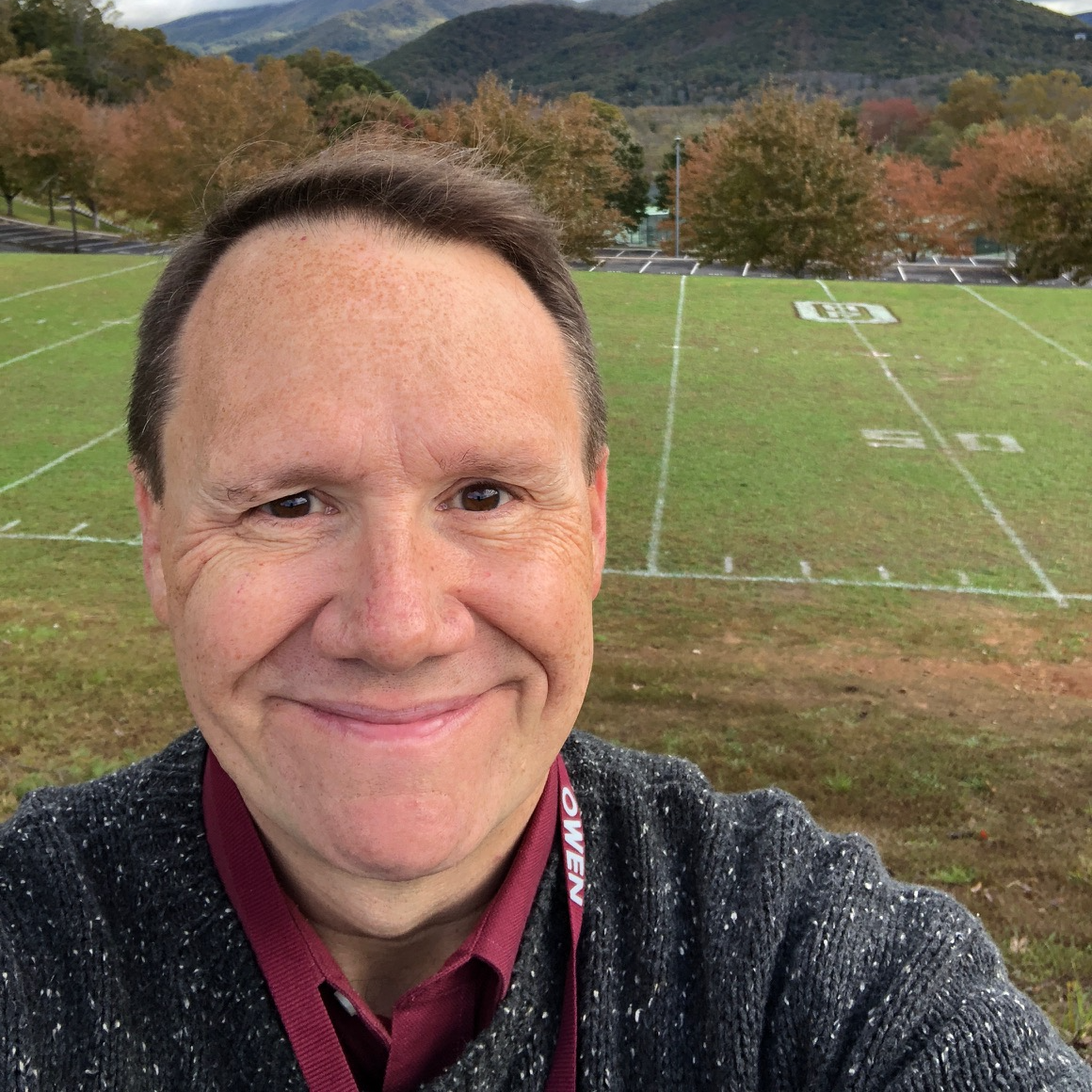 Since I have always lived in the Owen District after moving back from South Carolina, I am excited and proud to be a part of the long tradition of Excellence here at Owen High School. My wife Joann graduated from Owen High School in 1989 and both of my children have attended Owen High School as well. Although we are the smallest school in the County I believe that this is an amazing place to be (and a beautiful one at that). Although I didn't attend Owen myself, I got here as fast as I could!

I often tell students, however, that this isn't the first Owen I've had the opportunity to work in. I worked at Owen Manufacturing during college in the Yarn Mill and in Cribs and (although I'm sure I didn't appreciate it at the time) am glad that I got a chance to experience working in the mill that (quite literally) helped build Swannanoa and to work for the decedents of the namesake of our school.

I believe that Music and Music Education is vitally important for every student, and I am honored that I will get the opportunity to share the joys of Wind Band with the students at OHS!